Who Has Easter Dinner At The Park? We Do!

Happy Saturday Mason Jar Family! Last year I wanted to do something different. Something we never done before as far as where to eat for Easter Sunday. Normally it is a tradition to eat at my house.Well last year I wanted to be a rebel and break tradition..So I decided we were going to eat at the park. I would pack up all the food, drinks, desserts and dinner there it would be.
It was wonderful! It was a beautiful day! The kids went to play while things were being set up. Out came the mason jars of cole slaw, corn, potatoes, ect. Just a note if you put all the jars in the cooler and keep the lid closed your food will be just as hot as when you packed it. After dinner the kids went back to play while we hid eggs all around. I had an easy clean up and then it was dessert time! For this I put a few bags of ice in another cooler and set the jars in between them to keep them cool. If you are looking for an easy recipe it don’t get easier then this:
The  first one is Chocolate Overload in a jar. It is 2 chocolate cupcakes split into 3 pieces. Chocolate cool whip and a Hershey’s miniature on the top.
The second one is Coconut Vanilla . It is 2 vanilla cupcakes split into 3 pieces. Vanilla cool whip with toasted coconut and some robins eggs..Aren’t they cute!! Enjoy and as my favorite Pastor used to say Christos Anesti!!! 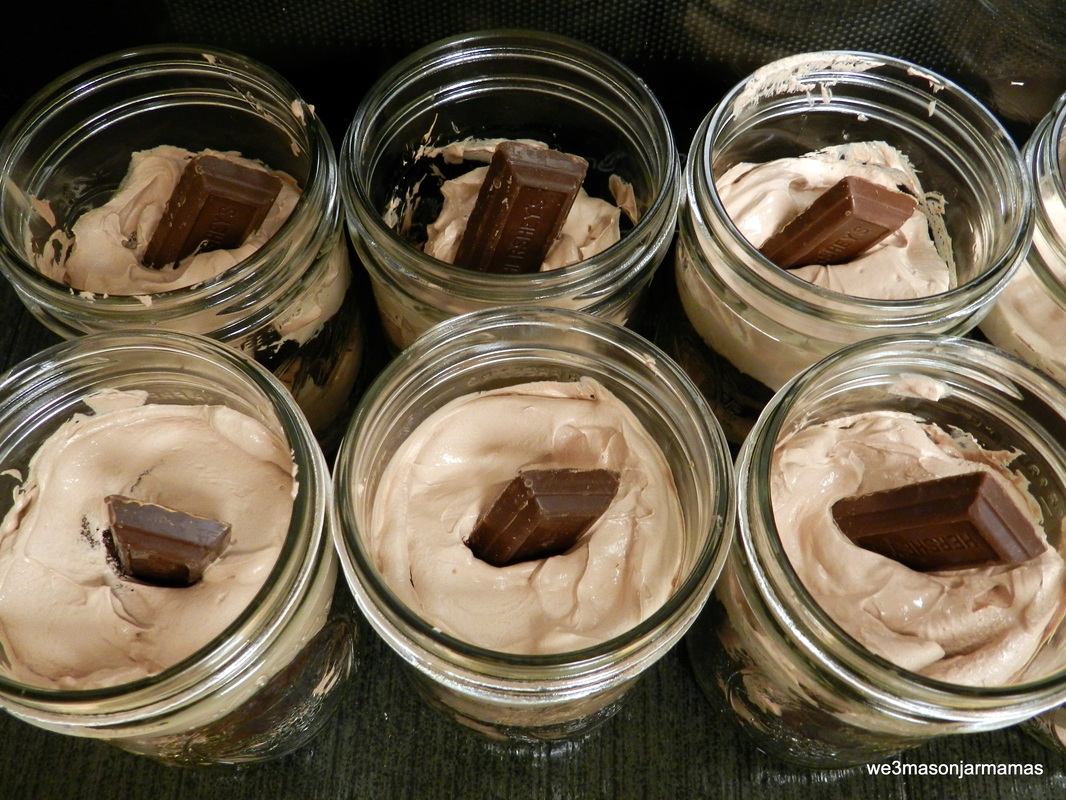 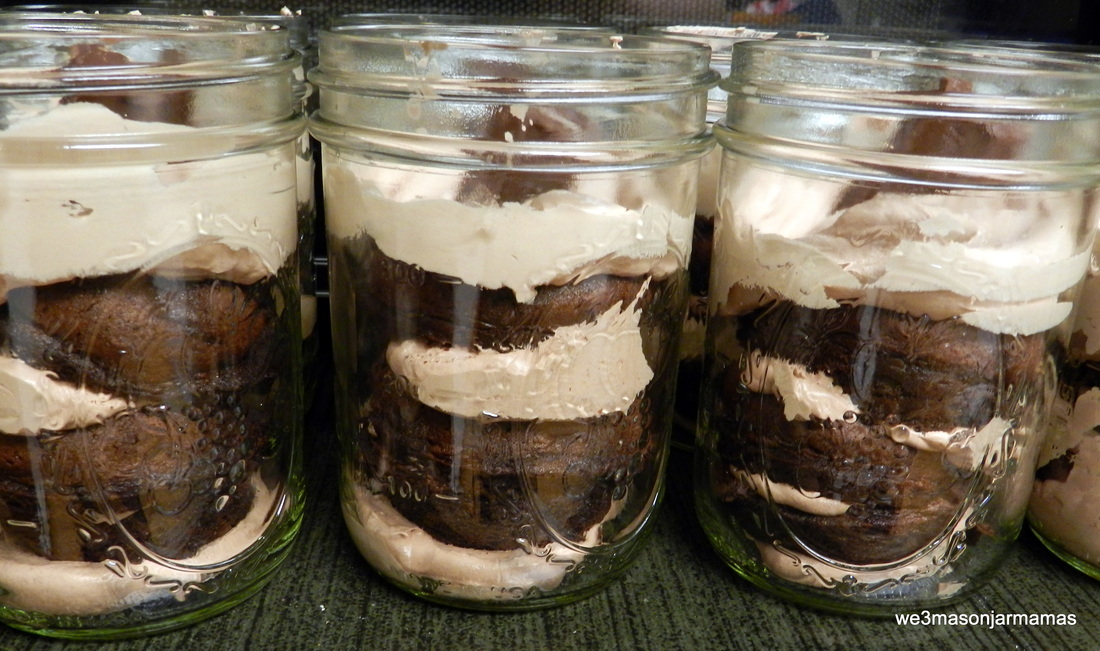 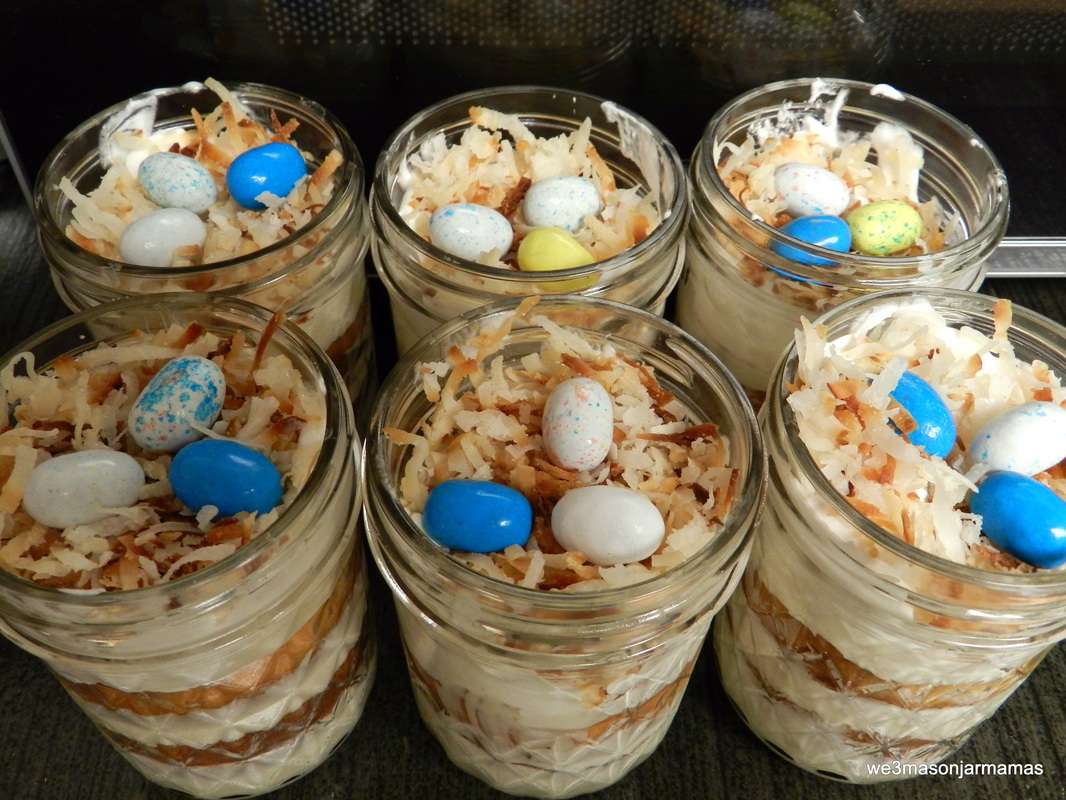 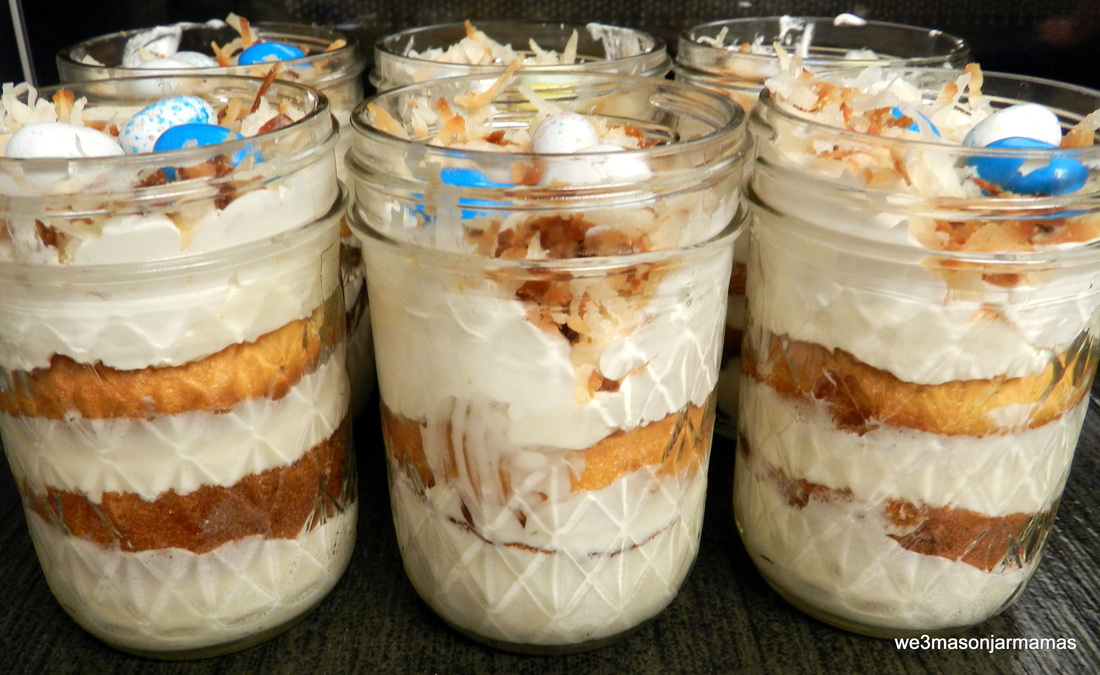 Filed Under: Uncategorized
Did I Tell you How Much I Love My Spiral Slicer?
It’s Another Laptop Lunch Under 400 Calories..