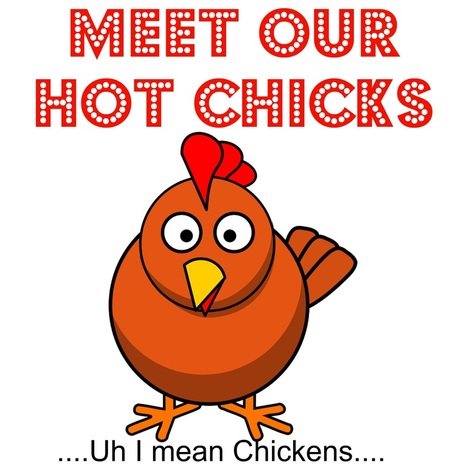 Sometime after Christmas mama Dawn decided she wanted to become a chicken mama. So her and hubby set out and built a wonderful chicken coop in their back yard, where their 3 chickens lived happily, until the one fateful day when the neighbors dogs escaped and tragically killed one of the chickens. Heart broken, but wanting more, they went off and adopted 2 more. Not wanting them to fall prey to the neighbors dogs again we decided to move the chickens into Mama Aprils back yard. After only a week we learned there was another predator we never thought of, Mr.Raccoon. But thankfully all the sqwaking alerted someone to the danger and we were able to scare away the raccoon, one chicken lost a few tail feathers, and another had quite a scratch on her head, so we got smart. It was our first time owning chickens, and never knew that raccoon would be a danger. We refitted the coop with a double layer of hardware wire which keeps the raccoon’s from being able to reach into the cage and a better hide away for the chickens. We’ve been without incident since, and through it all we are proud to say we have 2 card carrying egg layers..The other 2 are still to young, but should start laying within the next 3-5 months.  Now it’s time to meet the girls: Ginger, Fluffy, Tweedle Dee & Tweedle Dumb. 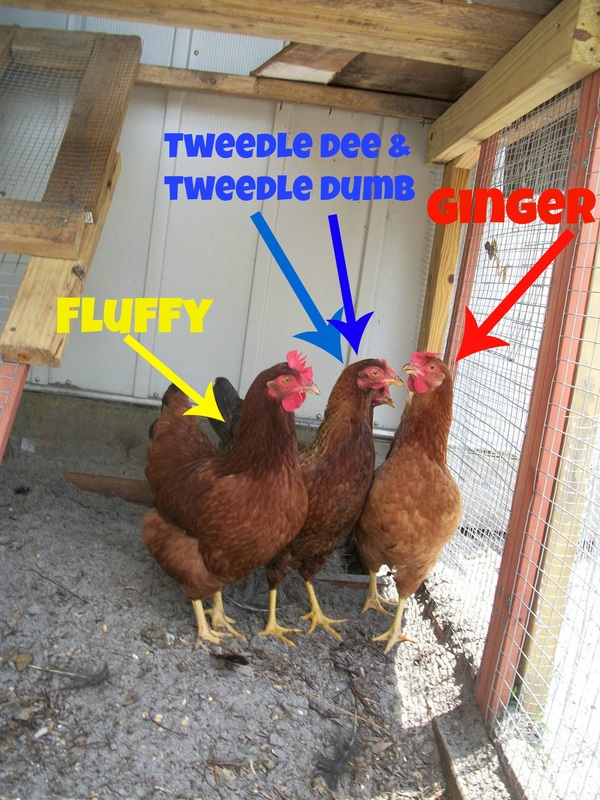 Ginger & Fluffy are part of the original crowd and the oldest, they are also our current egg layers. Though from the same flock and the same age, Ginger has been the one to step up her claim as the HCIC (Head Chick In Charge). She and fluffy are also the friendliest and most social. When we go out in the morning Ginger always waits at the door for petting, and then will hop up to the nesting boxes as you gather eggs and talk to you a bit. Fluffy enjoys a pet here and there as well, and if in the off chance she escapes while changing out food and water she will simply sit down until you pick her back up.

Tweedle Dee & Tweedle Dumb are the newest chicks in town. A few months younger then the others they haven’t started laying yet, and aren’t as sociable, and don’t care much for petting, they do love to talk and make noise.

Be sure to keep a look out for more chicken adventures…

0 thoughts on “MEET OUR HOT CHICKS”