Happy Sunday Family! Well fall is coming quickly upon us. And it is during the fall and winter we start looking for those comfort foods. Well this recipe will certainly be a comfort. I think as growing up we all have that favorite Aunt. I had 3. I would have had more but since a few lived further away I didn’t see them often. Let me tell you about my Aunt Joan though.
Her temperament was always cool, calm and collected..I hardly ever heard her raise her voice and laughter always filled her house. And when you went there on Christmas she would wrap the presents while you waited..Now that was about as laid back as you were going to get. Her home was a mecca for all the neighborhood kids and something was always cooking. When Aunt Joan made spaghetti you could feed the neighborhood! I’m telling you I think she made at least 5 pounds with 10 pounds of meat in it! Ok so maybe a slight exaggeration. But there was a lot and always a lot left over that you could not eat after 2 days because it would have made you sick according to her anyway..lol
Butter was always on the table along with a pack of saltines, she made these drippy egg sandwiches, and a plethora of other goodies. Are you seeing a pattern here? She was always cooking.  Well that was a little about my Aunt Joan. I think now  I need to see if I can get my Uncle Lou’s Pumpkin Bread recipe in a can? So here we go.
3 pkg 10 ct biscuits (Your choice)
3 lbs ground beef
1 onion
8 oz package of cream cheese
16 oz sour cream
16 oz package mozzarella cheese
16 oz cheddar cheese
This recipe feeds at least 10 or more..My Aunt Joan used spaghetti sauce in the mix as well and put the sour cream on the side. Thus that’s why I said reinvented. You can change it up anyway you wish 🙂 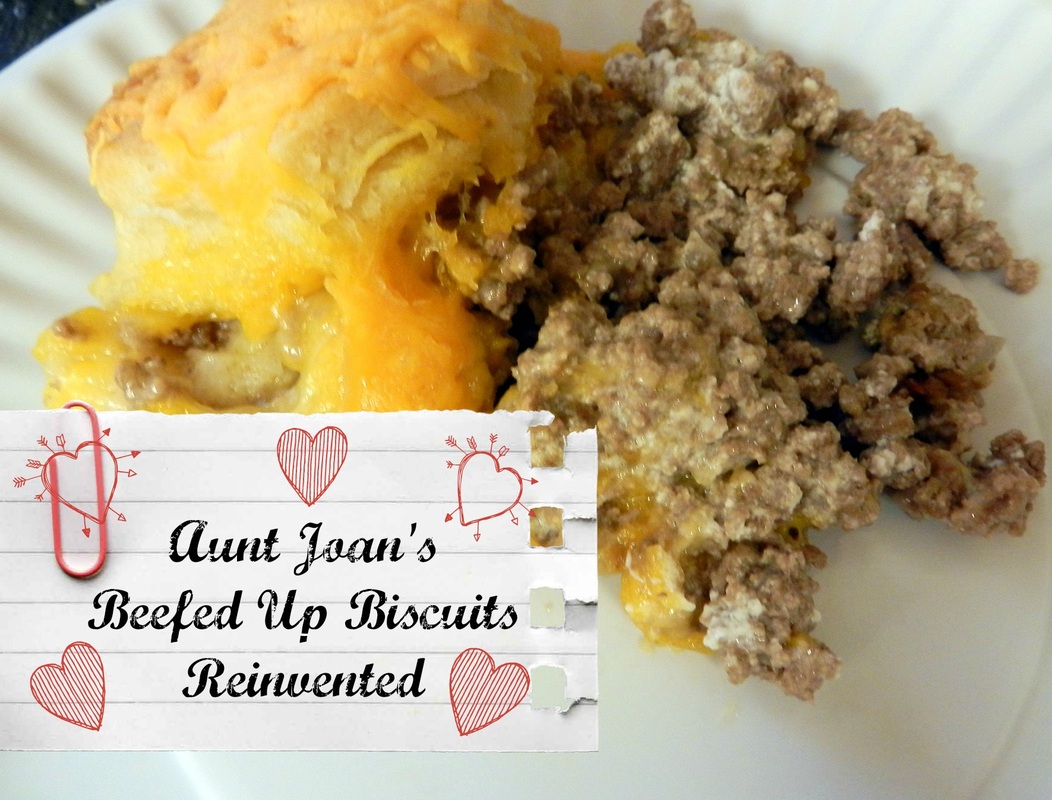 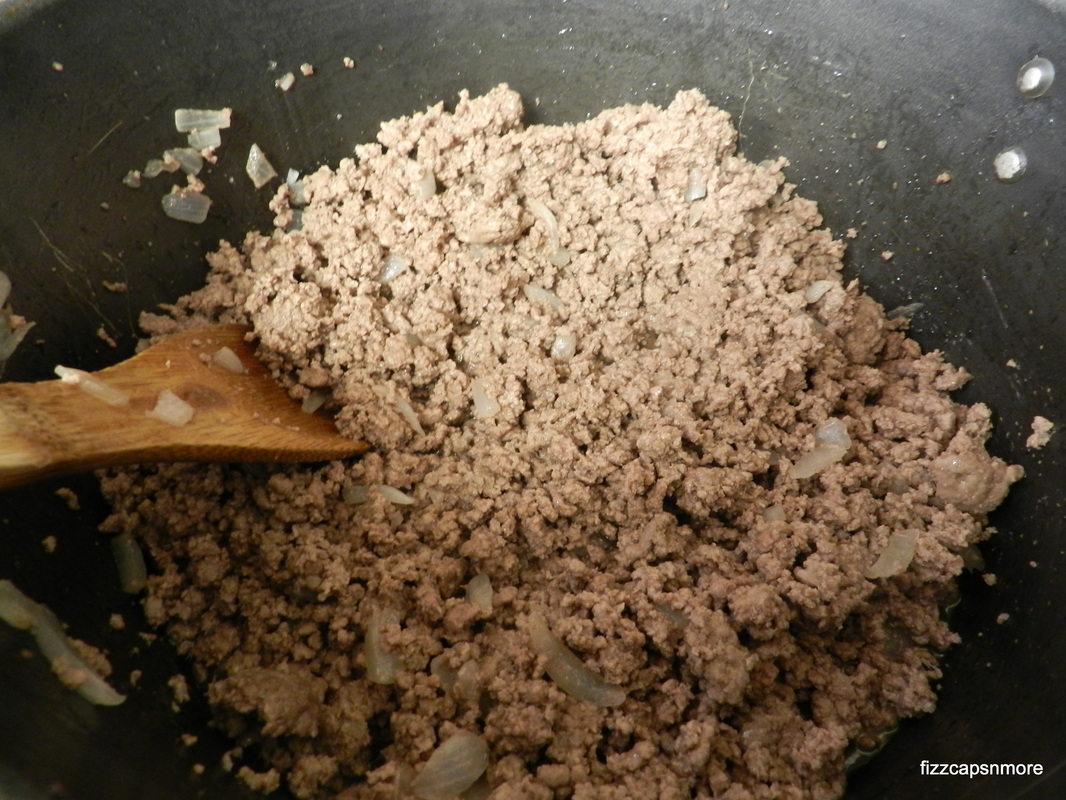 Brown 3 pounds of ground beef and one onion 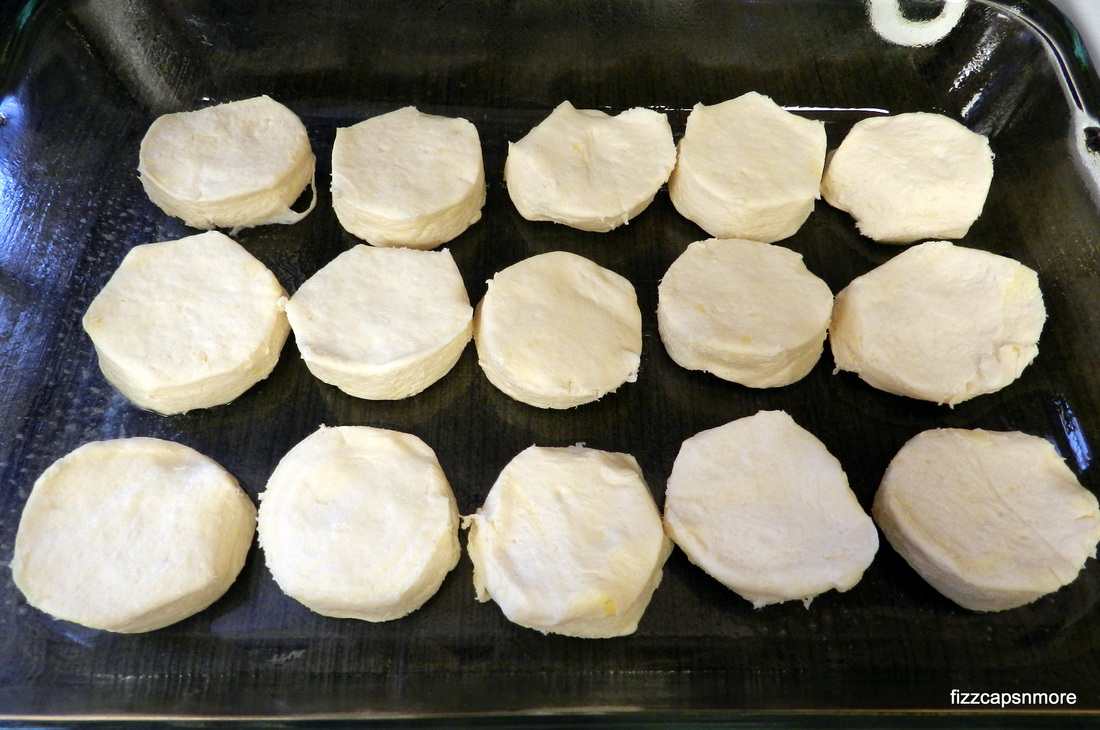 Spray an 11 x 15 pan with pan spray. Makes clean up easier later 🙂  Layer with biscuits I bought 3 can of 10. You will only use half of these for the bottom layer. 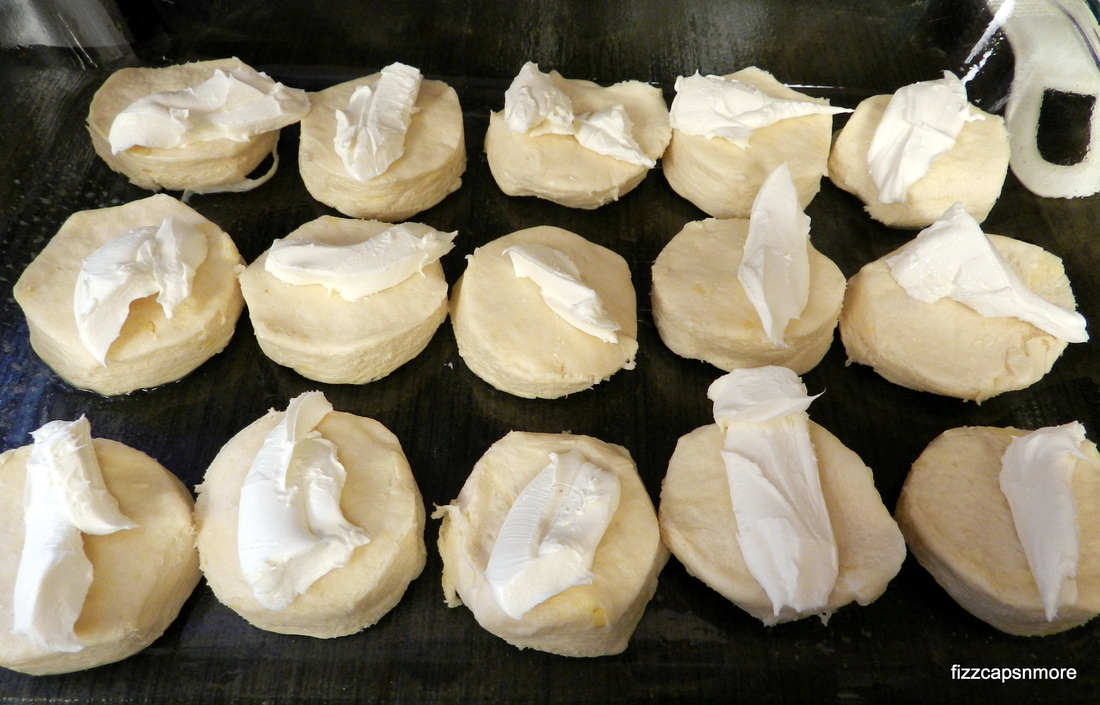 I then smeared about 3/4 of a package of cream cheese on the bottoms..Guess your getting this isn’t exactly low calorie.. 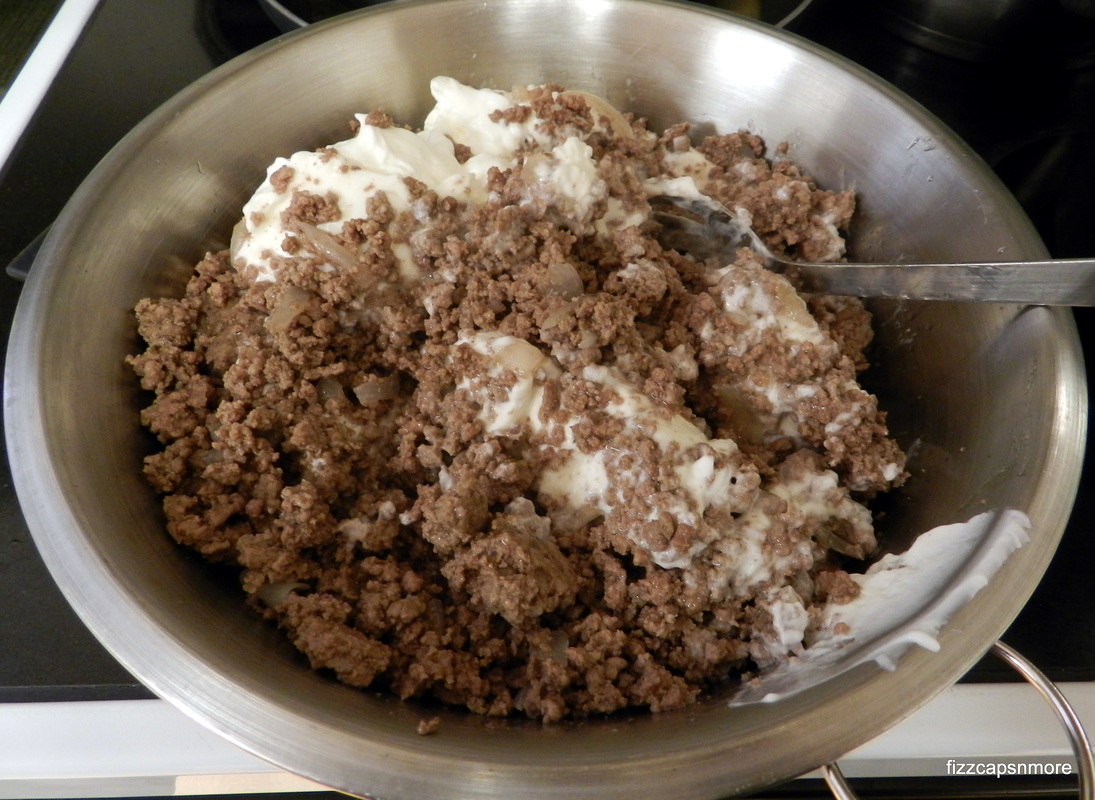 Mix a 16 oz container of sour cream with the cooked meat and onion. 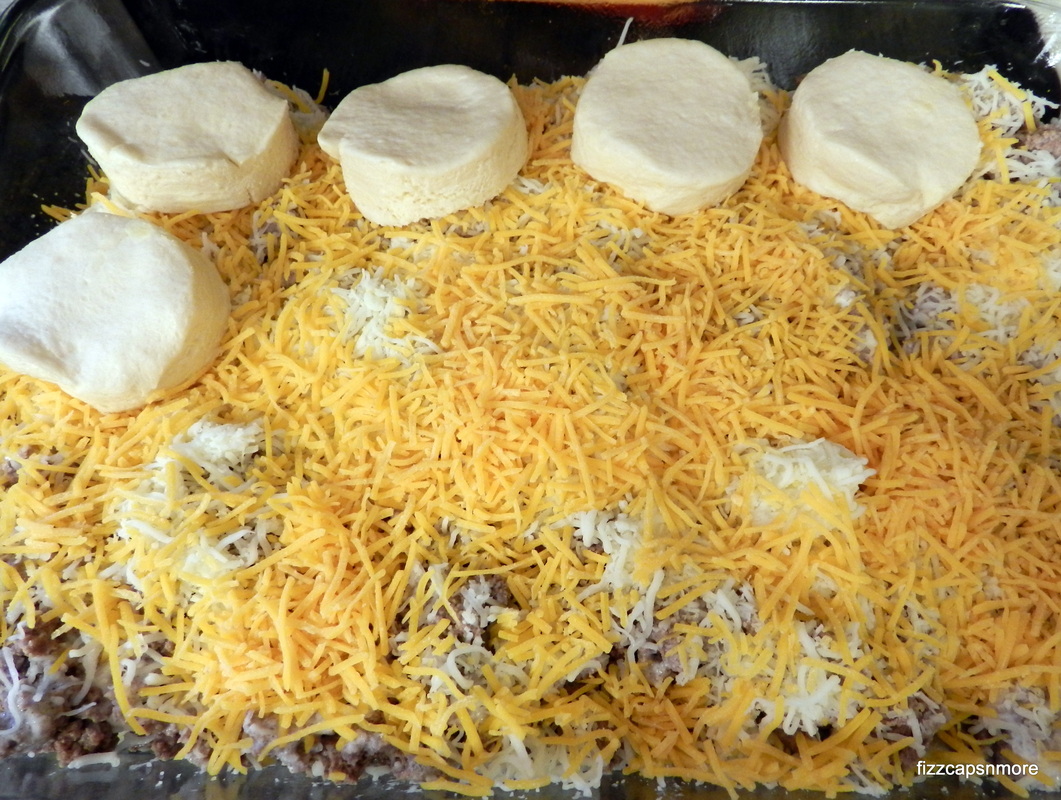 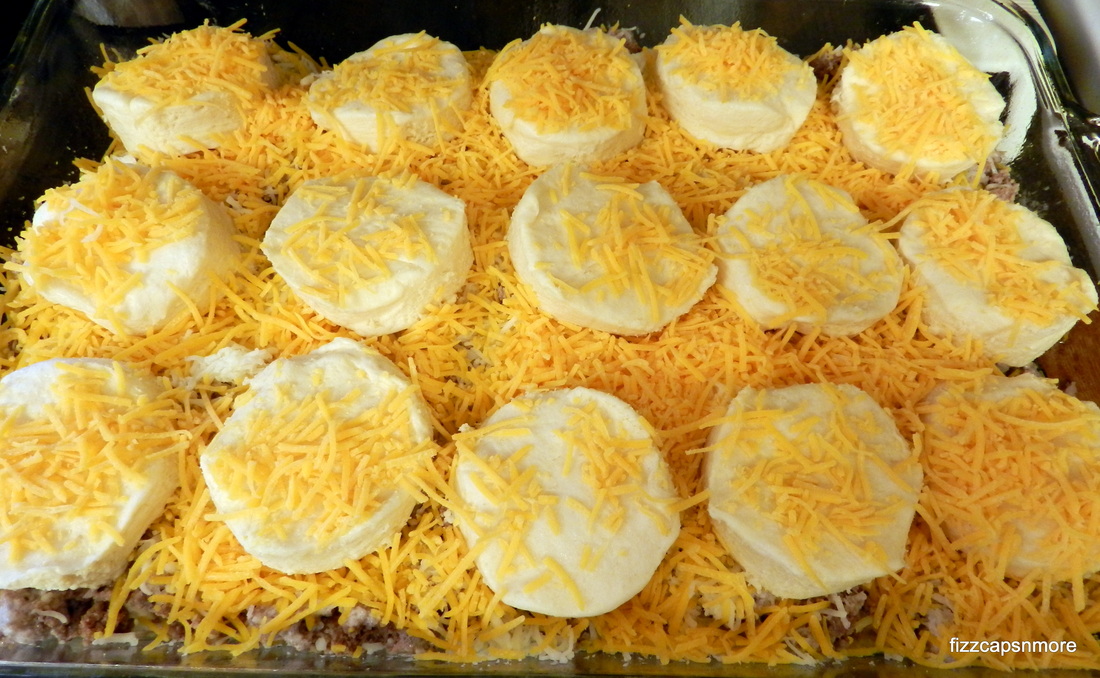 After all the tops are on add a cup of cheddar on top. Bake at 375 degrees until tops of biscuits are browned. Approx 30 minutes or so. 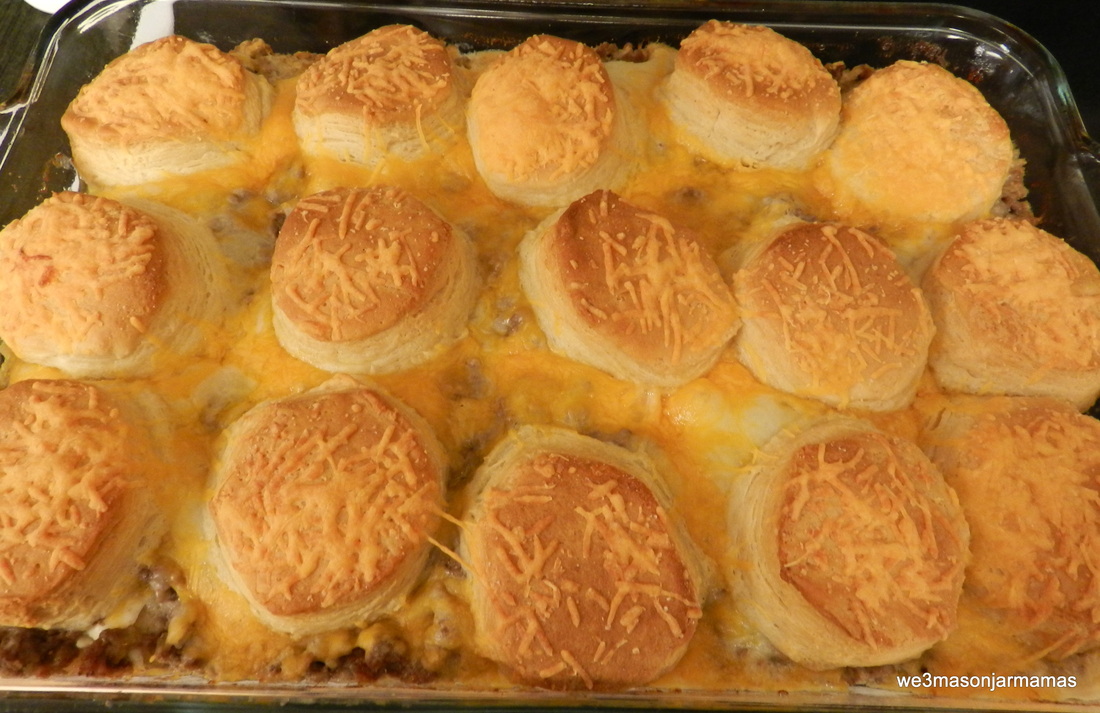