And I Think to Myself What A Wonderful World…My Cancer Story..

I was going back and fourth on what or who to write about as today was the last day of our Breast Cancer Awareness focus. Monday we start celebrating Fall. So after reading many inspiration stories I decided to do one of my own. I truly hope you find inspiration in the following writing.  Nobody knows more about what somebody goes through and the feelings they have more then I do. You see back on April 21st 1988 I was diagnosed with a stage 3 on the cusp of a 4 breast cancer. I was 27 years old. I was at the time the youngest person on the hospital floor with breast cancer. One thing I would definitely tell people,  you know your body when you believe something is wrong don’t give up until you have an answer you are looking for. As I say you know in your knower when something isn’t right.
I had felt a lump when taking a shower, I immediately called my Doctor and set up an appointment. She told me don’t worry it was a pulled chest muscle. Handed me 2 bottles of Tylenol and told me if it still bothered me in a week or so call her. I did..She said if I felt so strongly about it she would send me to another Dr  to set up a mammogram. He said I normally don’t do one on someone so young however if you insist. I insisted. The results would be in within 3-5 days..(Not like they are today) I got the call it was negative. (Later I found out they got my mammogram mixed up with someone else’s. Imagine how the person felt who got the news from mine) I still was not at ease. Now a friend of mine had just gone through breast cancer a few months before so I was familiar with Fox Chase Cancer Center in Philadelphia. I decided to call them and see if I could get an appointment. I was told I needed a referral. After pleading with them to please let me see them and what I have already gone through with 2 previous Doctors they decided to let me see one of the Physicians there.
Upon my first visit I was greeted by a wonderful team of Doctors and nurses. They did the mammogram and had my results almost immediately. The Doctor was 95% sure it was cancer because of a grouping of calcification but couldn’t be 100% without a biopsy. 3 days later I was in the operating room for the biopsy. I will never forget the look on the surgeons face as he walked in. He never looked up from his clipboard but said  Umm Carolyn it’s not good. There was not just one mass there were actually  five and one was on the bone so they were concerned the cancer may have infiltrated there as well. I don’t think I spoke for a few minutes. I really didn’t know what to say.
I think shock was the word. The only thoughts going through my mind was what is going to happen next? What is going to happen to me? What is going to happen to my kids? They were 5 & 12. What is my husband going to do if something happens to me? How will he raise them alone? A myriad of questions and emotions took over.
A radical mastectomy was schedules for 4 days later.  Surgery went well but 2 days later the doctor walked in my hospital room with such not good news again. They removed 27 lymph nodes. 21 were cancerous.  The next course of action was 6 months of chemo and 3 months of radiation.  Now with a lymph node count that high life expectancy is not the greatest. 50/50 chance actually of 5 years. Especially 25 years ago. They did not have all of the technology they do today. I remember sitting in my Doctors office when he told me what the procedures were they were going to do. He asked me if I had anymore questions and I said no but in my mind there was one.  As he walked out of his office he looked at me and said, Carolyn I can’t answer the question you want to ask. Only one person knows. And he told me it is about faith and hope.
Well hope, faith and the Lord above has seen me through. It is now 25 years later and I am still here. Yes, there have been scares , bone scans, more mammograms, biopsies but everything from that point on has been negative! It’s been a long hard road my life has been a whirlwind at times, however I thank God everyday for it! You know I sometimes tell people cancer was a gift and they look at me strange. However it totally changed my life. I was what you might say a workaholic. I didn’t have time for much that included my family. I was always busy. I suddenly realized how important that bedtime story was. I taught my girls not to be afraid of a thunderstorm and not to look at a snowfall as a nuisance but as beautiful as no two snowflakes are alike neither are you 🙂  The smell of falling rain and to hear the crunching of leaves under your feet. That is Life!  My family suddenly became preference over everything.
Since that time 5 grandchildren have entered the mix along with two son-in-laws.  I have added some of my favorite pictures to show just how important and beautiful my life is. Be sure to click on any of them for my comments. Well I think I shall end my story here so In the words of Louis Armstrong and my theme song for life. And I think To Myself What A Wonderful World..Till we meet again..Mama Carol 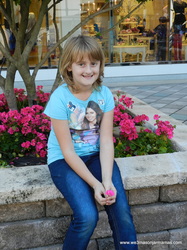 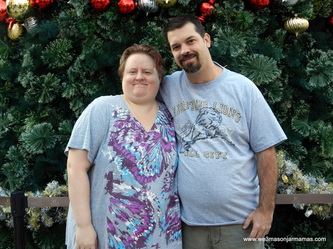 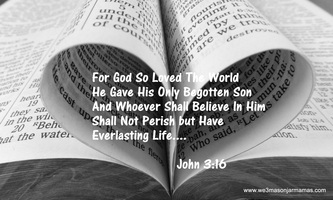 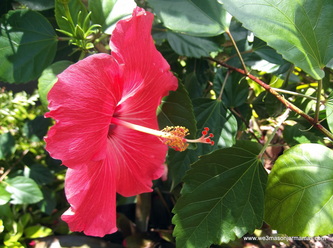 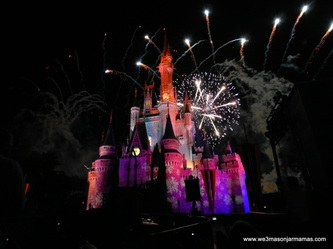 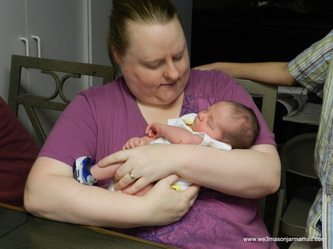 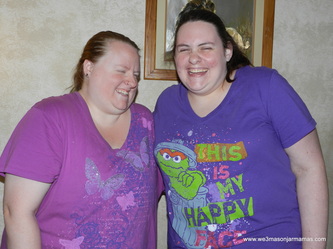 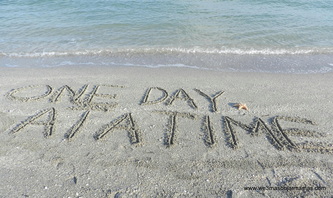 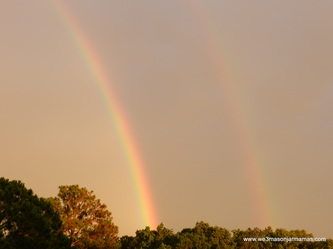 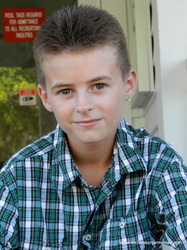 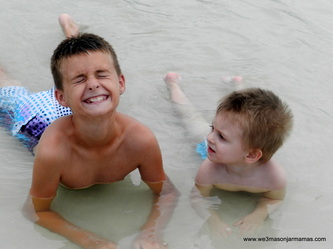 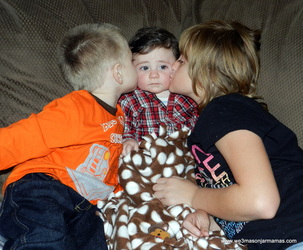 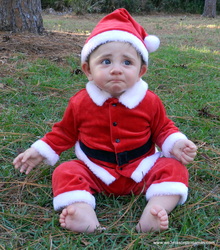 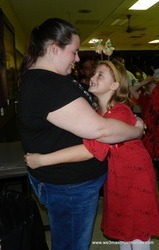 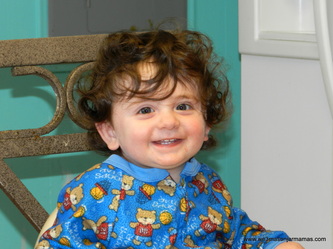 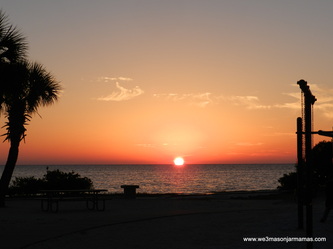 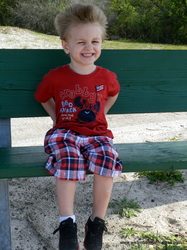 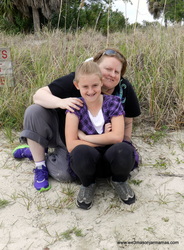 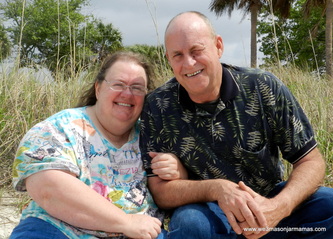 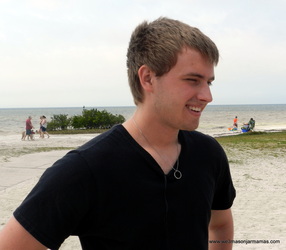 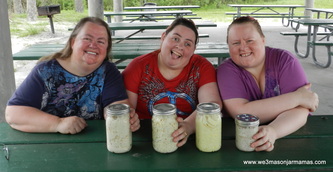 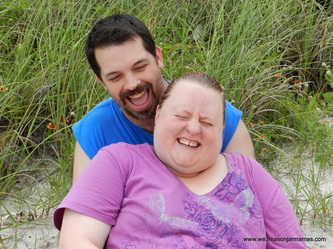 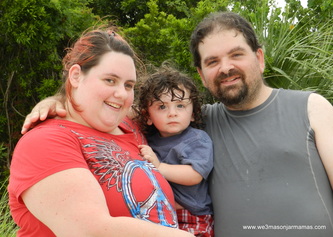 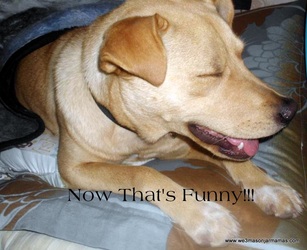 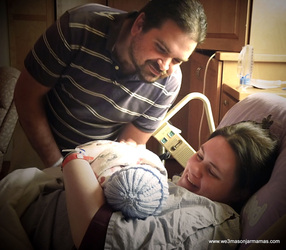 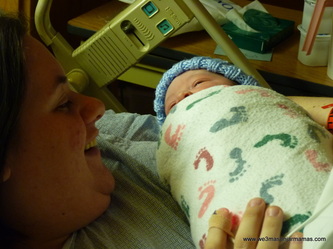 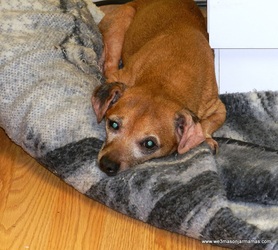 So now you see my reasons for living…Live each day as if it’s your last…
Filed Under: Faith, Uncategorized
Pink Ribbon Kiss Sticker Freebie. FREEBIE FRIDAY!
Princess For A Day..Doing It Disney Style..

0 thoughts on “And I Think to Myself What A Wonderful World…My Cancer Story..”